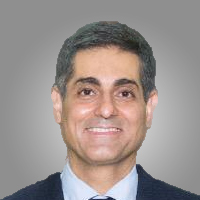 After his graduation from Yükseliş Koleji, Ankara, Hassan Gozal obtained his BA degree in Economics from Bilkent University, Ankara- Turkey in 1993.

Between 1994 and 2011, he was the General Manager, Board Member and later as Chairman of Etsun A.S in Turkey .

Mit-Sun International Trading Ltd was established in 2000, as a joint-venture company with Mitsubishi Corporation as 50% partner. The company was active in commodity business in Far East and Middle East. He was the President of the company since its establishment till November 2004.

In 2006, Wellington Marketing Company became partner with Cargill International and local businessmen and they build a brand new sugar refinery as Syrian Sugar refinery with a capacity of 1 million ton per annum.

To develop international oil trading activities Ocean Energy GmbH was established in 2002 and later in 2003 Ocean Energy FZE in Dubai to extend the oil and oil products activity in Black Sea, Mediterranean and Persian Gulf.

In 2006, as 50% shareholder, Dia Holding FZCO Company was incorporated in Dubai.

Besides being the contractor for Heydar Aliyev Cultural Center, Flame Towers, Premium Villa projects and Shahdagh Tourizm Complex projects, Dia Holding has won the international tender and signed the Public Private Partnership contracts with the Ministry of Health of Turkey in 2012 for Bilkent City Hospital (Ankara) and in 2013 for Mersin City Hospital.

He sold his shares in Dia Holding in January 2017 and since then all its construction activities are developed under DAAX Construction as 100% shareholder.

Earlier in 2020 he has been appointed to Genel Energy's board of directors. DAAX Corporation is one of the major shareholders of Genel Energy which is listed on the London Stock Exchange.

He is a businessman with the deserved reputation in the commercial arena with his business ethics, honesty, and common sense visionary personality and his always innovative and rational approaches. He is also known for his sensitivity to social responsibility projects and issues, his support for sports activities, his emphasis on art and for his humbleness and helpfulness.

Hassan Gozal, who is a member of Young Turkish Businessmen Foundation, speaks fluent English, Persian, Turkish and Azeri. He is married and has three children.